Everyone who has contributed to – not just industrial – projects will be familiar with the ‘Magic Triangle of Project Management’ and its three vertices of ‘Time’, ‘Costs’ and ‘Quality’. But what makes this triangle ‘magic’? It’s very simple: the degrees of these three vertices are individually dependent on the degrees of the other two vertices. Merely reducing the available time during which project objectives must be achieved will almost inevitably curtail the quality that can feasibly be reached in the project. Any attempt to alleviate this reduction will automatically increase the outlay needed to fulfil the project objectives, leading to greater costs. So it might not be entirely ‘magic’, but it is par for the course when working on projects.

How is this related to Claims & Contract Management?

Very closely. During project fulfilment, the methods of claims & contract management must certainly be applied to the three variables of ‘Time’, ‘Costs’ and ‘Quality’. This is true of claims management when disruptions, deviations and/or changes to the contractually agreed time/cost and quality framework occur as the project proceeds. And contract management? One might translate contract management as meaning ‘preventative claims management’. Bear in mind: ‘the best claim is one that never occurs’. During the preliminary phase of a project, one of the tasks of contract management is to ensure that the relevant contracts, applied later on, are worded in a clear and unequivocal manner and that they therefore facilitate ‘claim prevention’. Moreover, these contracts must include a set of instruments that allow the contractual parties, during the phase of project fulfilment, to deal with disruptions, deviations and/or changes in the project in an appropriate, fair and purposeful manner that nevertheless enables the achievement of shared project objectives. Later on in the project, this set of instruments takes effect to enforce additional claims using the methods and procedures of claims management.

A plan is needed!

More specifically, several of them: the time, cost and quality plans, among others. The project manager is in charge of preparing these plans, and he does so by merging the relevant perspectives from the individual technical disciplines involved in the project, and then harmonising them with the mutually dependent, three vertices of ‘Time’, ‘Costs’ and ‘Quality’ originally planned for the project.

The actual reality of a project can only be benchmarked against time ‘X’ if the person doing so is aware of how the project was originally planned (and has precise knowledge of the contractually agreed terms). And reality in projects is frequently ‘lively’, because surprises are less the exception and more the rule as a project unfolds. Take, for instance, the various topics loosely defined under ‘scheduling’. The project contract includes a milestone plan defining key dates within which the contractor must perform his work. In many cases, the contract will also demand that the contractor submits to the employer a draft version of his detailed schedule for review and approval. This schedule lays out in greater detail which work the contractor will perform ‘between’ the individual milestones, and how the employer will be required to cooperate. Not only do these detailed stages of work state more precise deadlines, they also possess, from a logical perspective, a greater degree of mutual dependency. In this plan, the contractor reveals how he believes he can achieve the project objective he owes. Once the employer has approved this preliminary detailed schedule as submitted by the contractor, it will then become the contractual schedule; in other words it has been included as an integral part of the contract, and the contractor now owes adherence to the deadlines it contains just as much as to the logically interdependent sequence of detailed work. Equally, the employer undertakes to cooperate in the contractual schedule as agreed. This first version of the contractual schedule is called the base schedule, and it is ‘frozen in time’. It defines the requisite deadlines and sequence in the project, and the project is updated on its basis.

The base schedule is the target against which progress in the project is measured and continuously updated. This is the responsibility of the project manager and the scheduler, although the individual technical disciplines involved in the project must also report their respective progress. If deviations occur, the project manager will be called upon to find solutions that bring these deviations back into the agreed timeframe. These are the imminent tasks of project management. The project manager (or the claims & contract manager) must apply the methods of claims & contract management to any expenses incurred in this respect. This means he relies on his project team to provide detailed and contractually compliant documentation of project circumstances that have led to deviations from the schedule. This is where contract management enters the fray. It is not merely a question of documenting these circumstances and of placing them on the table during negotiations on the final invoice; instead it is imperative to communicate the circumstances to the other contractual partner within the contractually agreed periods in order to ensure that the claims can be enforced. Were this to be done retrospectively, it would prevent the other contractual party from taking action and hence minimising damage. So it is crucial to perceive this aspect as an ongoing task within the project. In addition to the project correspondence addressing exclusively these issues, this ongoing project information and documentation must also be reflected in the updated project schedule. The term used in this respect is a ‘disruption-modified construction schedule’. This plan includes, in addition to the latest progress in project work, also the incidents (disruptions, changes, deviations) that necessitated procedures not included in the original project plans. More than that, the disruption-modified construction schedule also charts the repercussions of these incidents.

Where is the interdependency between claims & contract management and project management?

It is possible that the contractor (also the employer) may have been worried since the preliminary phase of the project that time would be an issue. If these fears come true, each of the parties will have to align their fulfilment strategy, claims management strategy and project organisation to reflect this aspect. Particularly efficient scheduling will become just as important as the timely and indeed punctual reporting of disruptions, deviations and changes, as well as their repercussions, to the other contractual partner. The project team has to be given a sense of heightened awareness and personal responsibility in this respect. Additional manpower will be needed in order to manage these issues. Naturally, this will again influence the interdependencies within the ‘Magic Triangle of Project Management’. If one of the contractual parties, based on the experience it has acquired in other projects, can already predict in the preliminary phase of the project that the schedule is ‘a little tight’, they are well advised to take preventative action when negotiating the contracts. In the meaning of contract management, therefore, it is sensible that the contracts should include appropriate provisions and periods to rectify disruptions that nevertheless permit the achievement of project objectives with as little risk as possible.

The interdependencies between project management and claims & contract management extend further than just the issue of time during project fulfilment. Instead, one might say that good project management contributes to preventing a paucity of the time available for project completion. This requires efficient project organisation on the part of the employer and the contractor. Ultimately, the project will only be successful if its organisation, the business processes, the communication and the tools, are suitable and adequately laid out on both sides. So when the topsy-turvy reality of everyday routines puts a spoke in the wheels of the contractual parties, a well-structured and methodical process of claims management based on excellent project management can be useful in finding fair solutions for both contractual parties to the consequences of disruptions in the construction process. 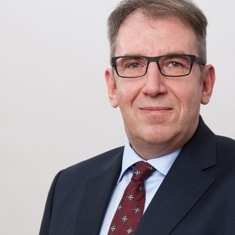