The current status report of the German Engineering Federation (VDMA). A summary given by 11:55 PM consultants GmbH.

(Potsdam, 2016-04-14) The recently published status report of the VDMA's Large Industrial Plant Manufacturer’s Group (AGAB) makes a varied assessment of the current state of Germany's large industrial plant manufacturing sector. On the one hand, this was able to maintain the previous year's result in 2015. Given the lower raw material prices and fragile global economy, this may even be considered a success. However, there are growing indications that the visible stagnation could lead to losses in market share in the medium term.

If you consider the figures in isolation, plant manufacturers should actually be reasonably satisfied. Overseas business – which after all accounts for the lion's share of the total order volume – rose by 6 percent to EUR 16.9 billion compared to 2014. Major orders from Egypt and Russia were mainly responsible for this growth. Whilst contracts from the US stabilised at a high level and orders from China fell, as expected, the order situation in crisis-ridden Russia appears surprising. With an 18% increase in orders, power plant construction in particular has contributed to a decent result for overseas business. With EUR 7.8 billion worth of major contracts, the power plant sector achieved its best result since 2009.

Domestic demand for plant experienced a significant decline last year, however. The order volume fell by more than one billion Euros. At EUR 2.6 billion, demand for plant in Germany reached its lowest level in over 30 years. Industry experts believe the main reason for the slump in demand to be the collapse of the German market for the construction of new fossil-fuel power plants. However, over-capacity, high energy prices and strict regulatory provisions in the process and raw materials industries have also contributed to the disappointing result.

Given the high importance of the export-focussed engineering and plant manufacturing sectors, a continued growth in exports would be highly significant for the industry. The AGAB will not hear any talk of euphoria, however, and points to the dangers of the unstable development of the global economy. Whilst oil prices will stabilise at a lower level in the longer term, and this is likely to discourage raw material exporting countries such as Russia and Saudi Arabia from making larger investments, there is also a difficult political situation in the Middle Eastern states. Countries such as Brazil and Turkey, which were the source of many orders for German plant manufacturers last year, are also facing complex political and economic challenges.

The AGAB believes that the biggest challenges facing German large industrial plant manufacturers, who have possibly become over-complacent, include the on-going globalisation of the value-added chains and the changes in approach to funding policies seen in many countries. The past few years have shown that an attractive funding model is increasingly becoming a basic prerequisite for concluding a contract. In this context, Jürgen Nowicki, spokesperson for the VDMA's AGAB, demanded a revision of German export credit insurance, which should make the international procurement of performance elements more flexible and include deliveries of overseas subsidiaries in the project country. Nowicki, who as well as his role in the AGAB is also Managing Director of Linde Engineering, is also demanding an increase in the share of overseas business for major projects, from the current maximum of 49 percent to 75 percent.

Growing competitive pressure from Asia and stagnating demand for plant have initiated a development whereby clients are increasingly attempting to transfer project risks to the EPC contractors. Plant manufacturers are sometimes having to close their customers' funding gaps, by means of equity investments, for example.

According to the AGAB, additional challenges include the efforts of a number of customers to split major contracts in engineering, procurement and installation projects, in order to reduce costs.

Customers are also placing increasing emphasis on factors that have not previously been crucial. As well as HSE expertise, these also include plant servicing and operation. Plant manufacturers are responding to these developments and plan to expand their service business from the current 16 to 20 percent by 2019. The companies' research work will ultimately also benefit from these plant-related service activities.

The AGAB status report underlines the importance of 4.0 technologies for improving the efficiency of firms. Whilst the chemical EPCs are looking to develop the digitalisation of their engineering processes, in order to reduce engineering, logistics and construction site costs, the metallurgy plant manufacturers are aligning the entire value-added chain in steelworks plant manufacturing and plant operations with the Industry 4.0 model.

In light of the actions already taken, the industry has an optimistic outlook for 2016. Despite the economic downturn affecting major customers and regional conflicts in the Middle East, the AGAB is not anticipating a turnaround in incoming orders. If demand from Iran, the US and South-East Asia continues, sales could even increase.

PLEASE NOTE: The full status report is available (for VDMA members) on request at klaus.gottwald (at) vdma.org 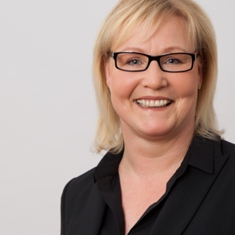